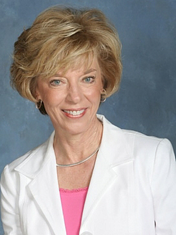 The Norcross High School (NHS) Foundation for Excellence celebrated its early success and introduction as a non-profit 501(c)3 at the Inaugural Gala in 2004. A talented and perseverant Board of Executive Directors planned the first Gala for a two-fold purpose. The first was to celebrate the Foundation’s efforts to support and recognize the school’s academics, arts, and athletics. The second was to honor those individuals within the parent and business community, the Gwinnett County Public School System, and Norcross High School family who had made lasting contributions and commitments to the school’s mission.  It was at the Inaugural Gala in the spring of 2004, hosted by the long-time school system supporters Aaron and Jan Lupuloff, that the NHS Foundation for Excellence Hall of Fame was initiated.  Ultimately, the Hall of Fame was created to recognize those who had given their passion and energy to advance the school’s mission of engaging each Norcross High School student in a higher level of learning, resulting in measured improvement against local, national and world-class standards.  That singular purpose continues today.

Norcross High School has a rich 100 year history of engaging and valuing the support of the community, parents, teachers, staff and students.  At Norcross High School the word ‘team’ is witnessed through examples such as parents and community enhancing school programs and facilities, school system leaders building the new NHS campus, students raising millions of dollars to support national and international charities, coaches working endlessly to help young people believe in themselves and teachers giving every ounce of their being to prepare students for college and careers because they believe that EVERY child can learn.  It was only appropriate that when we shaped the Foundation’s Hall of Fame, it would honor individuals representing every aspect of the Norcross High School team including inductees from the community, school system, and the school itself.

In 2007, I received a breath-stopping phone call from Foundation President Nathan Slaff asking me if I would accept the nomination into the NHS Foundation for Excellence Hall of Fame.  As I stepped to the stage to accept this honor at the Gala event in front of over 500 team members of the Norcross High School community, I was overwhelmed by the meaning of this acknowledgement.  Being a Hall of Fame inductee meant that I would be remembered for contributing to the lives of children while I served as the principal of the school.  But it meant so much more than that for me.  You see, you cannot be associated with the Norcross High School community, parents, school, faculty, staff and students without realizing that no matter where you are, Norcross High School still owns your heart.

Thank you, NHS Foundation for Excellence.  Your recognition allows me the prestige of being associated with a team who exemplifies the good that comes together when prejudice, jealousy and injustice are set aside.  You have succeeded in creating success, excellence and pride for every member who enters the doors of Norcross High School.  I am grateful to leave you my heart. It is my privilege, and that of all of the Hall of Fame inductees, to be associated with one of the most exemplary schools in our county, state and nation.